Kennedy Space Center Visitor Complex partnered with DesignShop on plans to stylize its IMAX Theater lobby area, and worked with BRPH on its Heroes & Legends attraction.

Designers envisioned the walls and doors of the IMAX Theater and lobby filled with space history that visitors could enjoy as they snacked at the concession stand and waited for their 3D journey into space to begin. As it led visitors into the Hall of Fame, the hallways of Heroes & Legends would become an inspiring introduction to guests starting their day at the complex, celebrating space pioneers.

Durability was essential for both projects. Included in many visitors’ lists at Kennedy Space Center Visitor Complex is the IMAX Theater, the world’s only twin IMAX screen theater. Equally as well-travelled are the four corridors and halls of Heroes & Legends.

Kennedy Space Center Visitor Complex’s IMAX Theater lobby was transformed to look like the International Space Station. Durable Acrovyn by Design was used on the curved panels of the concession counter, corridor walls and six lobby doors, showcasing realistic floor-to-ceiling graphics of astronauts floating through the space station to finish the look and provide wall protection. The IMAX Theater was then lined with Acrovyn® Crash Rails, providing a customized space age look and unmatched wall protection.

In Heroes & Legends, the design team used Acrovyn by Design to protect multiple murals that showcase different eras in space history. In heavy traffic areas, like the main stairwells and corridors, grey Acrovyn Wall Panels were installed to compliment the high definition graphics within the murals.

Apollo, Mercury, and Gemini space heroes are featured on the attraction walls, including stories of these legends, why they wanted to become an astronaut, who helped them along the way, and artifacts from their time in space.

“From concept to reality, the walls and doors of this project look identical to the renderings we were provided,” said Michael Rainey, VP, Themed & Experiential Environments at DesignShop. “With Acrovyn by Design’s endless possibilities and customization capabilities, we were able to bring our digital visions to life to add excitement in Kennedy Space Center Visitor Complex’s IMAX Theater."

In addition to the IMAX Theater and Heroes & Legends projects, Acrovyn by Design was also utilized to protect the walls of the Space Shuttle Atlantis® attraction. Space Shuttle Atlantis showcases one of three space-flown shuttles displayed in the United States. Custom images embedded behind durable Acrovyn by Design feature the spacecraft’s launch into space, followed by the length of the shuttle’s deorbit burn to land safely back on Earth.

CS PRODUCTS USED ON THIS PROJECT 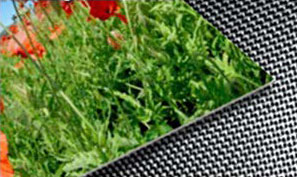 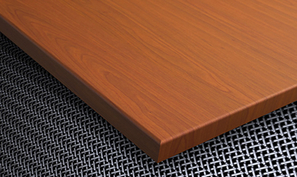 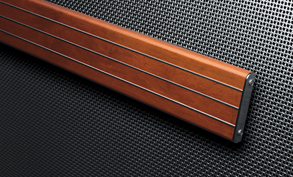 While Florida is famous for its magical theme parks and beautiful beaches, for stargazers, the state is best known as the home of Kennedy Space Center. Each year, guests visit Kennedy Space Center Visitor Complex to experience fascinating exhibits that display the full range of space and rocket history, as well as stunning space footage that provides insight about NASA’s deep space exploration.

To add to guests’ out-of-this-world experience at Kennedy Space Center Visitor Complex, multiple parts of two areas were selected for redesign, including the IMAX Theater and Heroes & Legends featuring the U.S. Astronaut Hall of Fame.

The project required updates to the lobby and concession areas of the IMAX Theater, inspired by the largest artificial body in orbit – the International Space Station. Enhancements to the Heroes & Legends attraction were to inspire future generations of astronauts while paying homage to the history of space exploration.

Tell us about your project 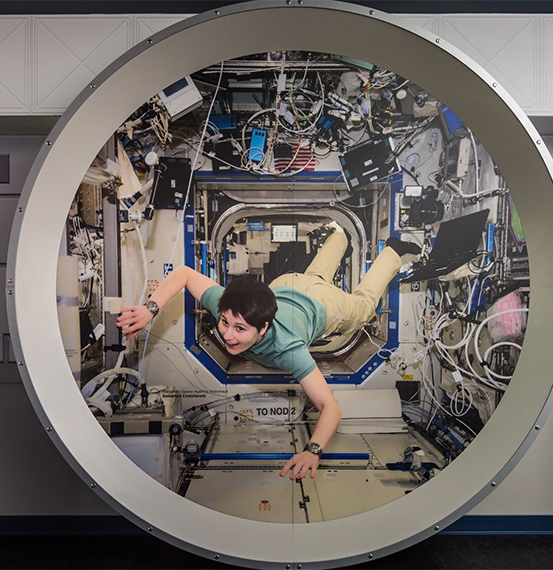 By continuing to browse or by clicking ‘Accept’, you agree to the storing of cookies on your device to enhance your site experience and for analytical purposes. To learn more about how we use the cookies, please see our privacy policy.